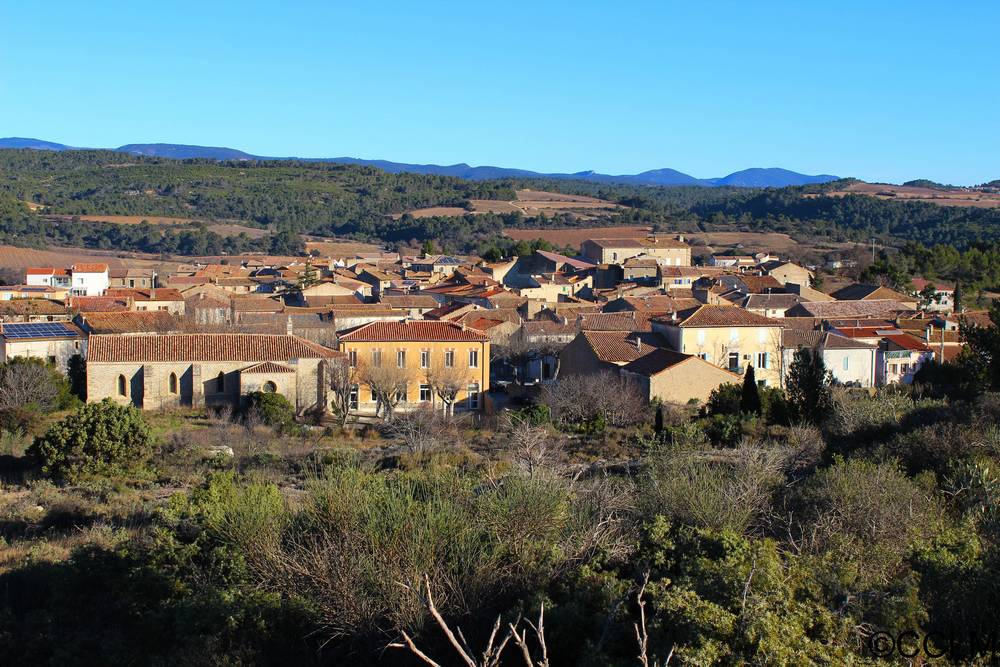 Witness of the Gauls revolt

Aigues-Vives, a village in the Minervois, owes its name to the latin "Aquaviva" (988) : "Aqua" which means water, and "Viva" which means living, running or gushing spring.
At an altitude of 165m, 415 Aigues-Vivois(es) live in this village including the hamlets of Cailhol, Cazelles and Paguignan.
At the confluence of the rivers Cessière and Cesse, on the border of the Hérault and the Aude, Aigues-Vives takes its name from a gushing spring: Aquaviva. It is a dynamic village with many shops.
Land of turbulent history, this village witnessed the revolt of the Gauls; thus, in the hamlet of Paguignan, a 2nd century temple was destroyed and burnt down during this conflict. Ten centuries later, Franciscan and Dominican monks built the church of Saint-Martin-le-Vieux on these Gallic ashes, whose characteristic southern Gothic style would, despite its rarity, influence as far away as Mallorca.

An old local legend, based on various facts, attributes the foundation of Aigues-Vives to the inhabitants of a village called Pataran, which was located near the Roman road leading to the Ambrussium bridge, over the Vidourle river, at the point where this road is called the "coin path".
In the 8th century, the Saracens ravaged and destroyed the village and the population took refuge on a nearby hill, where a fountain of abundant white water was born. This harsh situation pleased the emigrants from Pataran. So, they built their houses there and the new town took the name of Aigues-Vives (Ayga-Viva) from the name applicable to the famous spring that made them decide to settle there.