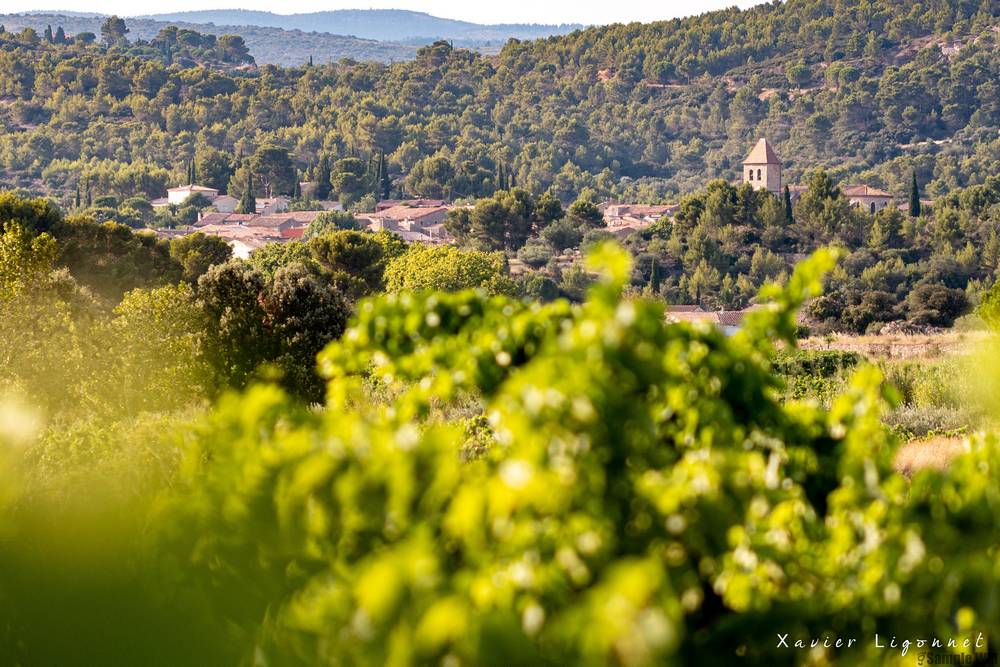 Between Aude and Cesse, Azillanet had already seduced the Romans by the fertility of its land.

Azillanet, perched at 108m above sea level, on a fertile hill, owes its name to Attila and the suffix "an". 405 Azillanetois(es) live in this village situated on the first foothills of the Causse, between Cesse and Aude.

Its landscapes of vineyards and olive groves and its Mediterranean vegetation had already seduced the Romans; since then, dry-stone constructions have been added to its landscapes. In the heart of the Cathar land, the village was besieged during the crusade against the Albigensians, torn apart by the wars of religion, then plundered during the Hundred Years War by the troops of the Black Prince.

The old village was once fortified; the road to Minerve, passing through its heart leads to the church of Saint-Laurent. Built in 1678, it is adjacent to the former fortress of William of Azillanet.
The Lion's Fountain, an original work sculpted in the rock by Jean Buckart in the 19th century, is also part of the local heritage, as are the old washhouses and horts and the village gardens. The ancient origin of the commune of Azillanet is attested by its small cave, the dolmen of La Cigalière, remains of Romanesque villas and numerous churches. It is a charming village, essentially agricultural, nestling at the foot of the first foothills of the Causses. It spreads out pleasantly in the plain of the Aude. Its history has been important from the beginning, particularly in feudal times. The Hundred Years Wars and the Wars of Religion left a deep impression on the region.